You are at:Home»Sports»Rating Boston’s Chances of Becoming “Sports City” 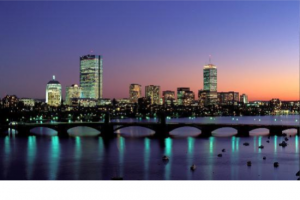 Whether you think of Tom Brady and Bill Belichick as some demonic duo or heaven-sent angels, it can’t be denied that Boston is the center of US sports in the 21st century. The Patriots recent Super Bowl win, coupled with the Red Sox World Series win in November, has meant that Boston now has 12 titles in Big 4 sports since the turn of the millennium. No other city comes close; LA is next, with seven titles from the traditional Big 4 sports.
However, the Patriots big win in that much maligned game in Atlanta also meant that it was the first time since 2004 that two Boston teams, or Greater Boston teams if you want to be pedantic about where the Patriots call home, won its championships in the same season. It’s the 17th time overall that a city has won more than one major championship in a single season, although sports historians can sometimes disagree over the number given the evolution of certain championships and the overlap of calendar years and sports’ season.

Detroit crowned “Sports City” in the 1930s
Regardless, Boston has the chance to equal, or perhaps even eclipse, the feat of the Detroit in 1935. Back then, the Lions won the NFL Championship, the Tigers won the World Series and the Red Wings won the NHL Championship. It led to the declaration of Detroit as “Sports City”, a fact older Detroiters are rightly proud of today.
So, can the Bruins or Celtics add some more silverware to the Boston trophy cabinet? To be fair, most of the championship have been acquired by the Patriots and Red Sox, with six and four championships since 2000 respectively, so the Bruins and Celtics, with one apiece, could really do with pulling their weight.
In truth, each team has a puncher’s chance of getting a championship, a tough ask but not together unlikely. The Celtics are 3rd favorite for the NBA Championship, given betting odds of 12/1 from 888sport. Of course, being 3rd favorite means they have a fair chance, but the problem comes in the shape of Golden State Warriors (odds of 4/9) seeking its 4th championship in five years. It’s a tough ask for the Celtics, but not completely out of the question. 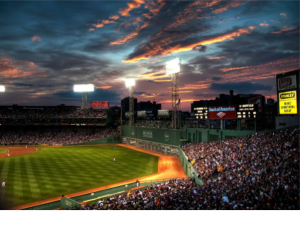 Bruins should challenge in 2019
The path to success for the Bruins is a little trickier to plot. Odds of 17/1 have been cited for the Stanley Cup win, but the NHL looks like a very open championship once again this year. Tampa are the favorites, with odds of 19/5, but there are around a dozen teams who could claim to have a good chance of going all the way.