You are at:Home»Sports»Top three most likely Super Bowl winners

We are heading towards the playoffs in the NFL and it is all to play for in the AFC and NFC for the top seeds in the off-season, which will determine who will have home-field advantage in their push towards the Super Bowl. Here is a look at who we believe are the top three contenders to lift the Vince Lombardi Trophy in February.
New Orleans Saints 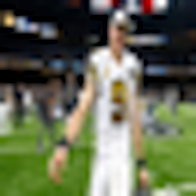 Credit: NFL via Twitter
Since losing on week one to the Tampa Bay Buccaneers, the New Orleans Saints have not looked back and have been on an incredible run which has put them in pole position to be the number one seed in the NFC Conference going into the playoffs in January. Quarterback Drew Brees is on course for the MVP award and is having one of the best seasons of his incredible career. The Saints proved they have everything it takes to be successful in the crunch games when they defeated the Los Angeles Rams 45-35 at the Mercedes-Benz Superdome.
Unlike many other teams in the NFL, the Saints can hurt you in a number of different ways. In Alvin Kamara and Mark Ingram, they have arguably the best rushing tandem in the league, while Michael Thomas has stepped up to be one of the leading receivers in 2018. The Saints are red hot at the moment and it is difficult to see that stopping any time soon.
Kansas City Chiefs
Along with the New England Patriots, the Kansas City Chefs are the 3.25 joint-favourites with moplay.co.uk to win the AFC Conference and it is the side which is led by young quarterback Patrick Mahomes, who should be backed to make the Super Bowl. Mahomes sat out last season in his rookie year where he observed Alex Smith in the role. That is now proving a wise move as Mahomes has flourished this year where he is making full use out of the explosive offense he has available to him in Kansas City.
The Chiefs have been involved in some massive scoring matchups this season, most notably against the Patriots and Rams. Unfortunately for head coach Andy Reid, his side have been on the losing end of those tight encounters. With a bit of luck on their side in the playoffs, they can reach Atlanta and are good enough to win the trophy at the end of the Super Bowl.
Los Angeles Rams 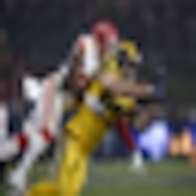 Credit: SportsCentre via Twitter
Sean McVay has assembled and coached one of the most exciting teams we have seen in the NFL for many years in Los Angeles this year and there is no question that they are Super Bowl contenders. The Rams have suffered just the one defeat so far this season and that came against the Saints in New Orleans. If that game was played again, it would be no surprise to see a different result. Quarterback Jared Goff is proving this year why he was the number one pick in the 2016 NFL Draft, while running back Todd Gurley has the chance to the break the record for the most touchdowns in a season by a back. The Rams fell just short in the wild-card round of the playoffs last year but they are much better equipped this season for a longer run.
Enjoy all the action over the next few weeks where is it is all to play for in many of the divisions in the AFC and NFC.