You are at:Home»Sports»A strange Sunday and Definite March Madness to come

A Strange Sunday and Definite March Madness to Come 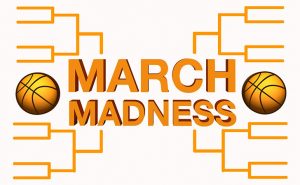 In case you are living under a rock … Selection Sunday has passed, TCU is in and it is time to start filling out those March Madness brackets!

It’s been a long time since the Horned Frogs have gotten the nod. 20 years to be exact. But TCU is in with an at-large bid. The Midwest looks to be the ‘region of death’. It’s filled to the brim with talent. So we’ll have our work cut out for us.

I’m still trying to get my head around what the selection committee is doing areas, though. How does Arizona State get in after getting ousted from the Pac-12 tournament in the first round and finishing 9th overall? Yes … you are doing the math correctly. There are only 12 teams, so that means they are in the bottom 25%. And if you were to give it a letter grade, any professor would call that an F. My biggest question about this is if ASU got in why the hell was Oklahoma State and USC left out?

OSU beat Kansas twice for crying out loud! Plus, they have wins over Florida State, West Virginia, and Oklahoma on their resume. USC finished 2nd in the Pac 12 but I guess ASU’s one 2-point win over the Trojans somehow qualifies them as the better team.

Then you have teams like Alabama. 9th in the SEC but somehow get a number 9 seed? They only won two out of their last eight games and are below .500 for their last 16 … So, there is no argument that they played great early on or that they had a great late run. They’ve sucked all season, but hey … they deserve to be #9 in the East.

One thing is certain: this year’s tournament selection is crazy. I could spend all day talking about the slights and surprise entrances but what remains to be seen is if we will have yet another year of upsets that leave jaws dropped in astonishment.

When we check the tournament odds at Bovada, it’s no surprise that we find Villanova (+450) the odds-on favorite to win it all. They are a great team, but they also have the easiest road to the Final Four. Sitting atop the East, they should only encounter some mild resistance from Purdue and Wichita State.

Kansas is the #1 seed in the Midwest oddsmakers don’t expect them to handle that loaded region without hitting the Final Four on an empty tank. This year the Midwest is stacked and both Duke (+650) and Michigan State (+750) have better odds than Kansas (+1200) to be the last team standing. Plus, TCU, Auburn, and Clemson are all sleepers poised to spoil the day for the Midwest’s Big 3 (Kansas, Purdue, MSU).