You are at:Home»News»DMN: ‘We’re starting back at ground zero again:’ How will TCU replace Trevone Boykin, Josh Doctson? 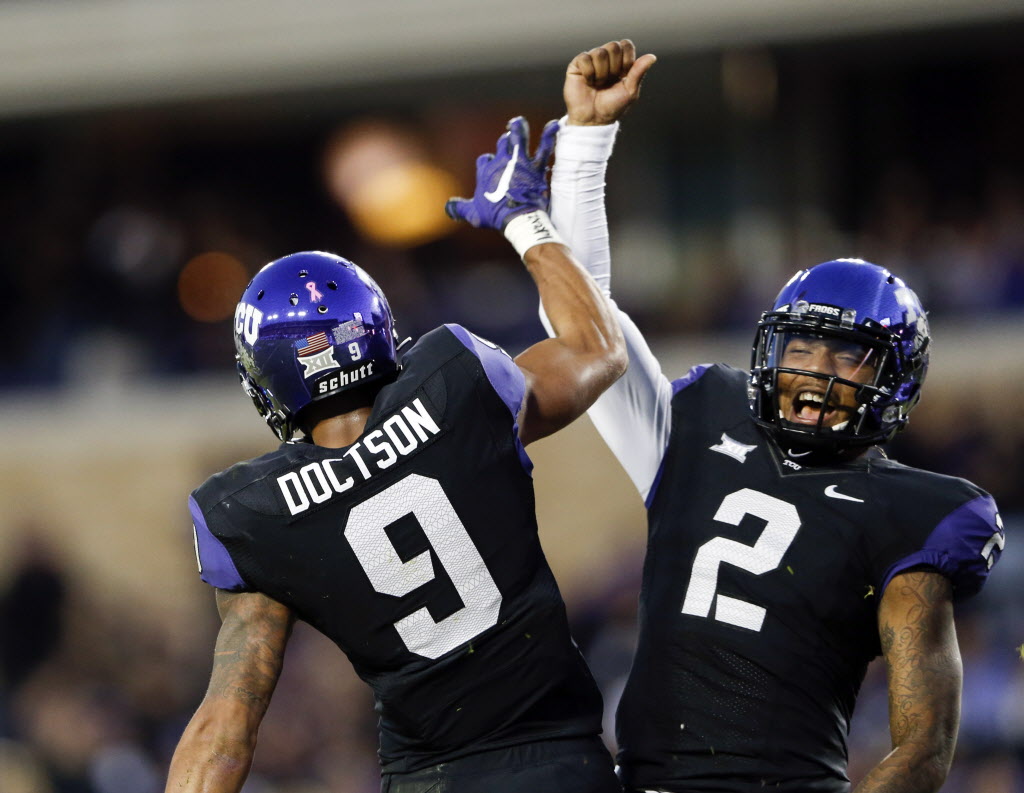 FORT WORTH — Two years ago, Sonny Cumbie and Doug Meacham converged on Fort Worth to implement a new offense that involved a lot of passing and a lot of points.

But there was a problem for the new TCU co-offensive coordinators. Coming into 2014’s preseason practice, the Horned Frogs were still trying to figure out who was going to lead the new system.

Quarterback Trevone Boykin was listed as an “or” option on the depth chart, the conjunction coaches use when they have commitment issues. Meanwhile, walk-on wide receiver Josh Doctson showed glimpses of being a top target.