You are at:Home»News»DMN: Boston Red Sox awarded Bryan Holaday after he was waived by Rangers 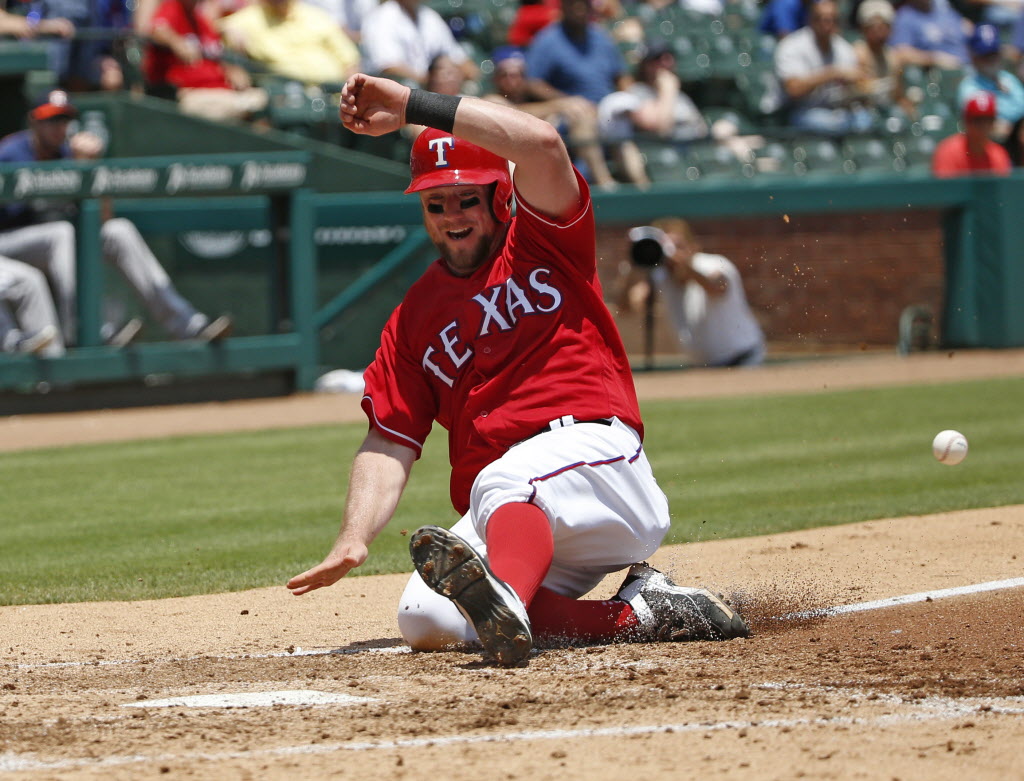 DMN: Boston Red Sox awarded Bryan Holaday after he was waived by Rangers

HOUSTON –Â The Rangers were unable to hold on to either of their backup catchers.

On Friday, a day after Tampa Bay claimed Bobby Wilson, Boston claimed Bryan Holaday. Holaday had been on the disabled list when he was placed on waivers after the Rangers acquired Lucroy. The Rangers acquired Holaday, of W.T White High School and TCU, at the end of spring training to give depth to a thin catching position.

He and Wilson split most of the playing time over the first two months of the season as Robinson Chirinos nursed a broken wrist, but when Chirinos returned, Holaday became the third, little-used catcher. He had just nine at-bats (one hit) after Chirinos was activated on June 9.