You are at:Home»Sports»Basketball»The Best TCU Players to Graduate to the NBA 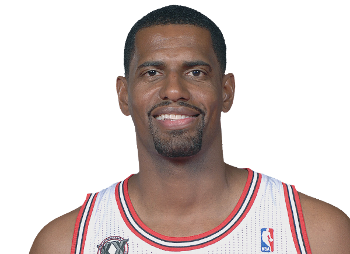 Itâ€™s been a wonderful season in the NBA thus far as we enter the first round of the Playoffs. Although, for some it hasnâ€™t been great at all, with the Chicago Bulls floundering and failing to make the Playoffs under the guidance of their new coaching team.

As the Guardian predicted in 2015, firing head coach Tom Thibodeau probably wasnâ€™t the wisest move, and ultimately it has come back to bite them. But while the Bulls have had a terrible campaign, others have prospered â€“ namely Golden State and San Antonio.

The two favorites for Championship glory going into the Playoffs are riding high after impressive campaigns. Betfair NBA columnist Nick Shiambouros is also tipping Stephen Curry for individual glory as he states, â€œReigning MVP Stephen Curry will no doubt win the award again after ending the season averaging 30.1 points per game and shooting a mind-blowing 45% from beyond the arc. He is the most gifted guard in the game and is virtually unstoppable.â€

While Playoff fever has got us all gripped, we have to remember this is a TCU website, and so with that in mind, we thought we give something for our readership to get their proverbial teeth into away from the much publicized Playoffs.

Here are the 5 TCU players to reach the NBA since its 1976 merger with the ABA:

A small forward or power forward, Kennedy was originally drafted by the Portland Trail Blazers in 1971. However, it was Houston where he would play his final season and last minutes for an NBA team. In the 76-77 season he would play 32 regular season games for the Rockets scoring 65 points.

At 6â€™2 Dennis Nutt was destined to be a point guard, and the mobile 170lber had a successful collegiate career. However, when he was drafted by Dallas he probably expected he would play more minutes than he did. Nutt played a total of 95 minutes for Dallas that year, and scored 57 points with 25 assists. Unfortunately for Nutt, that would be his only season in the NBA.

Center Reggie Smith was an intimidating figure on the court standing at 6â€™10. Although his NBA and Portland career was short lived, as he played a total of 65 games across two seasons for the Trail Blazers. The 93-94 season was his best in terms of stats where he managed 45 games, 316 minutes played and 76 points.

Thomas had a long NBA career before hanging his basketball shoes up in 2013. He spent 8 seasons with the New York Knicks after stints with Miami and Dallas. In the 2001-02 and 2002-03 seasons the power forward would score over 1,100 points in each season and be a focal point of the Knicks team. So, it was fitting that after moving onto San Antonio, Seattle, Chicago, Milwaukee and Portland he would eventually find himself back in New York for his final season at the Garden. According to Basketball Reference Thomas scored a total of 8,973 points during his 18 seasons in the NBA.

Small forward Nallon played a total of 6 seasons in the NBA after being drafted by the Charlotte Hornets, where he would play his first two years in professional basketball. He would then play for 7 different teams in the space of the next 4 years where he was unable to nail down a starting spot in a series of teams. He would end his career at Philadelphia where he would play 22 games, scoring 93 points.